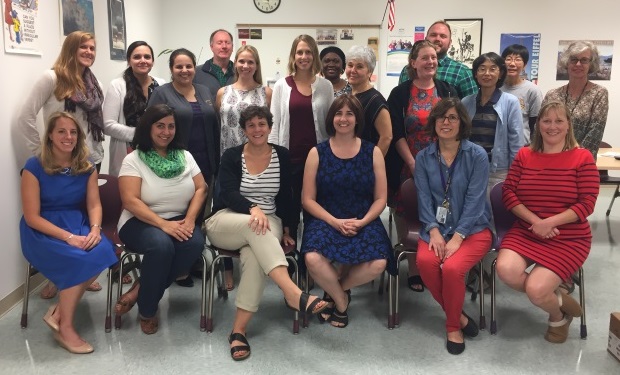 The World Languages Program of Studies focuses on students' ability to function in the foreign language in a variety of contexts meaningful to them. Primary emphasis is placed on developing students' proficiency in speaking, reading, and writing as well as cultural understanding. In Latin classes, the speaking and listening skills are emphasized to a lesser extent. Both National Standards and the Fairfax Framework for Student Success support the philosophy that all students should have the opportunity to learn a second language.

World Languages Credit Program: According to the Virginia Department of Education, there may be no substitutions, e.g., Computer Science, for the world language requirement for the Advanced Studies Diploma. However, students whose native language is not English may earn world languages credits by demonstrating oral and written proficiency in their native language. The credit program is available with proficiency exams in Arabic, Chinese (Mandarin), Farsi, Hindi, Korean, Japanese, Punajbi, Russian, Spanish, Tagalog/Pilipino, Urdu, and Vietnamese. The proficiency exams are administered by the Instructional Services Department in the late fall each year. The exam will be given in November. Students may also use two credits of ESL at the B1level to fulfill two of the foreign language requirements.