Dr. Banbury became the executive principal for the Region 1 office in April 2017, after serving as the principal of Oakton High School for thirteen years. In 1993, Dr. Banbury began his career in education as a social studies teacher at West Potomac High School. After serving as an assistant principal at W.T. Woodson High School and Frost Middle School, he became the principal of Oakton High School in 2004. Committed to preparing all students for postsecondary success in a rapidly changing world, Dr. Banbury established a culture of innovation through the work of professional learning communities and fostered progressive practices including student exhibitions, presentations of learning, and project-based learning. His work has led the division in establishing best practices for the FCPS Portrait of a Graduate.

Dr. Banbury earned his master’s degree in social studies education in 1993 and his doctorate in curriculum and instruction in 1998, both from The George Washington University (GWU). He teaches courses in education leadership and teacher preparation as an adjunct professor at GWU and George Mason University. He has served in advisory roles for GWU, the Virginia Department of Education, and the Virginia House Committee on Education. 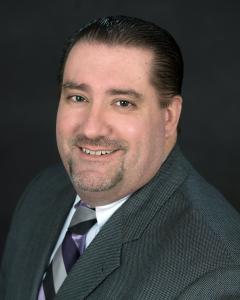