Cadet Captain Kyle Lovejoy took first place in the Virginia Society of the Sons of the American Revolution (SAR) Enhanced Cadet Award. He won first place for the state of Virginia for his essay. The essay requirements is to write a 500-700-word essay on the topic "How JROTC has prepared me to be a better citizen of the United States of America". Cadet Captain Kyle Lovejoy received his award at the State Capitol building in Richmond Virginia on 12 February 2022. He received a ribbon and $300 monetary award from the local Virginia chapter. He will also receive an additional $1000 award from the State Society. The state will also forward his package on to the national award committee to be considered for the national award.

Cadet Captain Kyle Lovejoy He deserves recognition as this accomplishment highlights our student's abilities, our program effectiveness, school, and county! 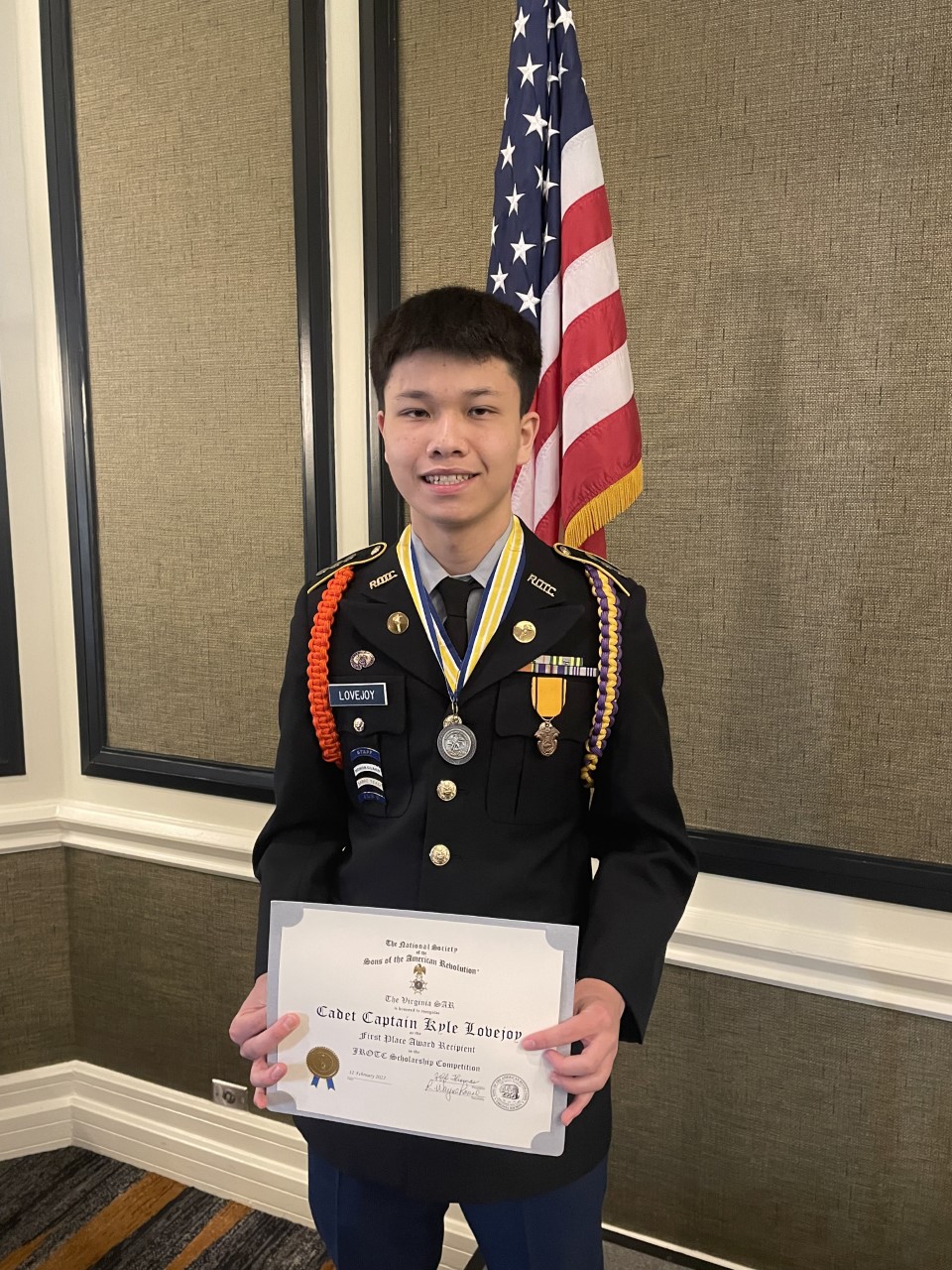 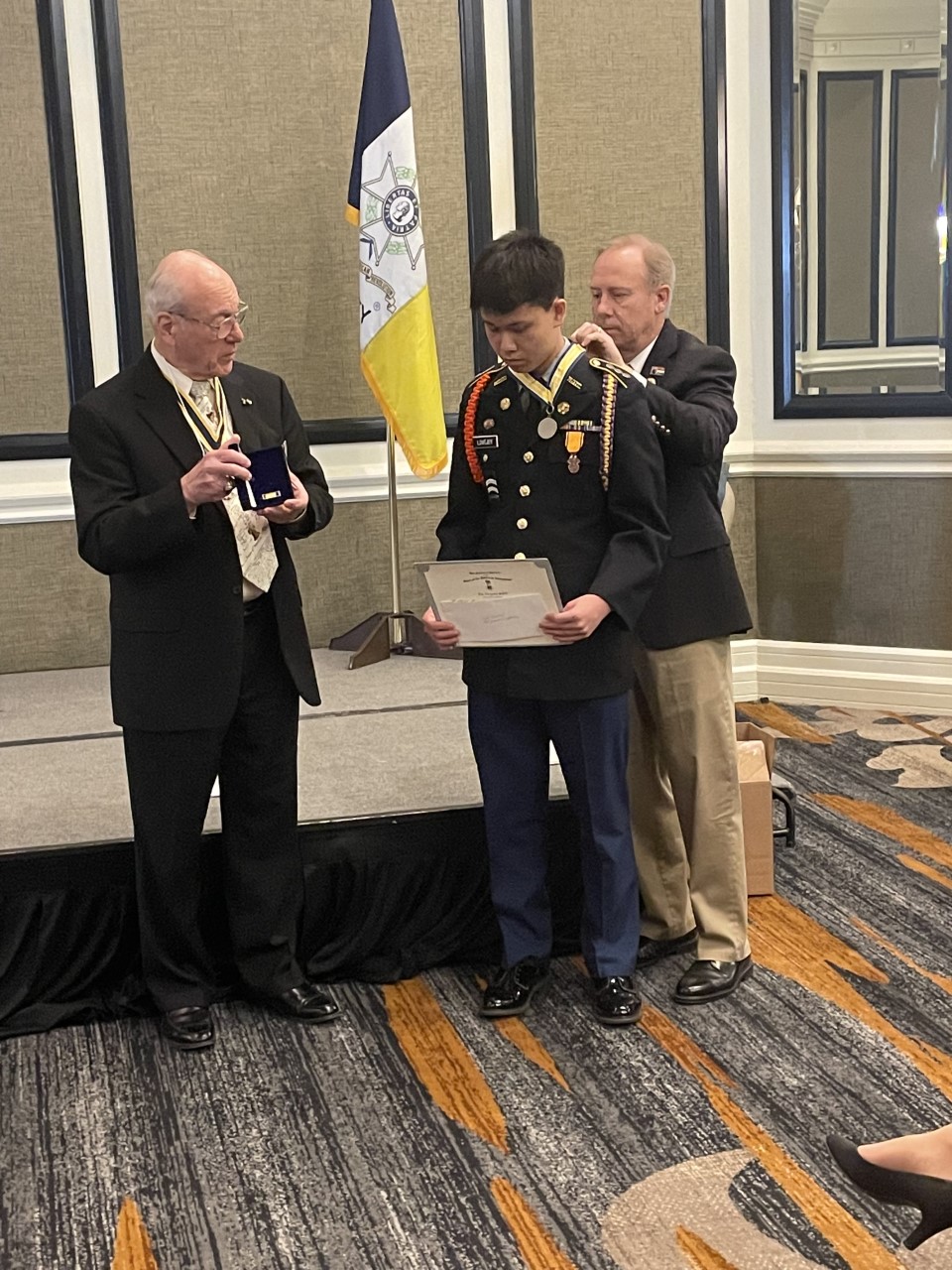 Additional information about the SAR award and organization

The National Society of the Sons of the American Revolution (SAR) awards the ROTC Medal to foster the principle of the “citizen-soldier,” exemplified by the Minutemen of Revolutionary War days. This award is presented by an SAR Chapter, State-level Society, or the National Society to ROTC or JROTC cadets who are selected for having a high degree of merit with respect to leadership qualities, military bearing, and general excellence.

SAR members are direct descendants of those patriots that achieved the independence of the American people, and the objectives of the organization are intended to perpetuate a more profound reverence for the principles of the government founded by our forefathers. Such were the ideals of Captain Alden Partridge, who is considered the founder of the Reserve Officer Training Corps (ROTC) program in the United States. Partridge founded the ROTC because his father, Samuel Partridge, a soldier of the Revolution, had concern for the newly founded United States and its lacking a development resource for qualified military officers. SAR supports all programs that encourage historical research, foster true patriotism, and maintain and extend the institutions of American freedom. It strongly supports the United States ROTC and JROTC as exemplary programs of these ideals.

The winner of each state-level society competition will be entered into the National JROTC Recognition program. The winning cadet at the national society level will receive his or her award at our annual SAR Congress. The award will be the National JROTC Medallion and an award of $4,000. The 2nd Place award is $2,000 and the 3rd Place award is $1,000.